Groningen has the largest number of successful startups after Amsterdam, and the only city with a consistently growing number of listed companies in the Deloitte Fast50 over the last four years. But Groningen is far more than a collection of successful companies: it’s becoming a thriving ecosystem, fueled by collaboration and innovation. It’s time to claim some bragging rights, so here’s why Groningen kicks serious ass:

Google chose the Eemshaven in Groningen to build their new data center.

Google Benelux CEO Pim van der Feltz: “The pro-active and entrepreneurial attitude on all levels, from businesses to local government and knowledge institutes, was really a decisive factor for us. Groningen actively participates, they say what they think and do what they say. And that characteristically Northern no-nonsense attitude, is something Google really appreciates.”

Groningen, the city of scale-ups: Consistently rocking the Fast50 and raking in some nice awards and investments too

- Voys: rocking the Fast50 every year since 2012
- Catawiki: Fast50 numero uno in 2015, receiving €75 million in investments and creating 300 new jobs this year.
- Diagnoptics: Number one in the Fast50 Life Sciences category, operating worldwide
- HackerOne: Offices in Silicon Valley and Groningen, €22.7 million in funding and named one of the hottest startups to watch in 2016 by Business Insider.
- CrowdyNews: received €6.2 million in investments and currently conquering the Chinese and US markets.
- Simplicate: €1 million in investments and ready to start conquering the world.
- Tvilight: Former finalist Accenture Innovation Awards and Global Innovation Awards finalist. Now a global market leader in the field of intelligent streetlights.
- Chordify: Nominated for the Shell LiveWire Award, The Next Web Conference Startup finalist in New York, ALPHA Showcase startup during the Web Summit in Dublin and Winning Startup of the San Francisco Music Tech Summit.​ 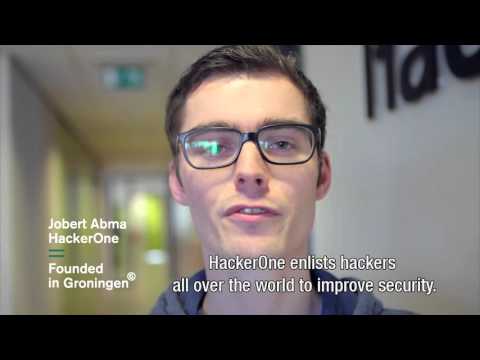 With 20 startup breeding grounds, like The Big Building, Cube050, and Launch Café. And with the Hanze University of Applied Sciences, who’ve made promoting and accelerating entrepreneurship one of their main objectives. Acting member of the Hanze executive board Rob Verhofstad: “Not just because we already have an impressive track record in entrepreneurship, but because it’s vital to the region and a necessary skill for our students and professionals in the future. With this approach, we want to create 500 startups and 5000 jobs every year, starting 2020.”

Groningen teams up to kick ass

From startups to scale-ups, from universities to local and provincial government, Groningen works together to create awesome things.

With the University of Groningen, who’ve started a €32 million independent financing fund for startups, called Carduso. Professor of Entrepreneurship and Valorisation Aard Groen: “This past year, we’ve had 500 students in our course on entrepreneurship and our VentureLab aims to accelerate 200 startups each year.”

We rock the region with tech innovation

Founder and head nerd of Voys, VoIPGrid and Spindle Mark Vletter: “Groningen will have the world’s biggest Internet of Things network by the end of the year. And that’s going to jump start a whole new generation of companies and startups.”

Groningen was the first city in the Netherlands to have a citywide Internet of Things network, and we intend to use it to do great things in the region. Great things like

A breeding ground for radical innovation

Smart factories: The North Netherlands will start large scale investments in smart factories, for a total sum of €21 million, initiated by the NOM (Investment and Development Agency for the Northern Netherlands) and making locally produced, highly customized products for individual consumers just as cost effective as producing abroad. NOM Business Development Manager Rutger van Zuidam: “We see great value in bringing various, different sectors together. Start-ups and established companies can find common ground to tackle problems in often unexpected ways and discover new opportunities to really innovate by combining their strengths. Established companies have the opportunity to use the flexibility of startups, without having to solve everything internally, and this can also give birth to new and highly specialized startups. To get rid of legacy issues, we believe investing in a start-up may very well be more interesting than following traditional procurement process. The hackathons being organized more often, like the upcoming Aquathon.nl, are excellent events to engage in this way of working together, because hackathons prove to be a low risk and highly rewarding activity."

Smart farms and smart cows: The northern part of Groningen is the first rural region in the world to start experimenting with 5G, changing agriculture and monitoring production and resources in real time.

So here they are

The bragging rights, along with the facts and context to back it up. Groningen: the youngest city in the Netherlands, filled with students, bars, culture & tech and the great things you get when you combine those things.

Creative agency 212 Fahrenheit has been nominated for the ED-Awards for best European design, in the Exhibition Design category, with their ‘Stories Never to Forget’ bookcase exhibition for the synagogue in Appingedam. The winners will be announced during the award ceremony in Vienna, on May 21.

The Hanze University in the global startup top 25

U-Multirank released their 2016 worldwide university rankings last week and the Hanze University of Applied Sciences is in the top 25 in the ‘spinoffs’ category (ranking the number of startups/number of academics). But that’s not the only high scoring category for the Hanze University. In the Regional Engagement and Collective Regional Publications categories, the Hanze is also in the top 25 of universities in the world.